In Zach Zachowski and Barbara Gabel both grew up in small towns in Wisconsin. They spent several years in Chicago and in that time developed a love for Chicago style “deep dish” pizza. In 1983, they found themselves in the San Francisco Bay Area with the dream of opening their own Chicago pizza restaurant with a California twist. The search for a location began.

In their search, they came across a funky little lampshade shop in the Rockridge neighborhood of Oakland. As luck would have it, the lampshade shop owner was ready to retire, and soon a vision became reality. After much planning and a lot of jack-hammering, Zachary’s on College opened its doors for business on July 25, 1983.

Business took off immediately and soon the 900 square foot restaurant with only 30 seats was simply too small. Just over a year later, Zach and Barbara opened a second restaurant on Solano Avenue in nearby Berkeley to meet the growing demand.

In 2003, after 20 successful years in the pizza business, Zach and Barbara decided it was time to retire. Instead of selling the company to a third party buyer, they decided to sell the company to their dedicated and experienced crew. Not only did this decision reward long-term Zachary’s employees, but it helped to preserve the founders’ vision and maintain the Zachary’s culture going forward.

Together with Zach and Barbara, the employee owners opened Zachary’s San Ramon in September of 2006. Zachary’s reached a significant milestone when we became 100% employee owned in 2010.

2013 was also a year of milestones for Zachary’s. We opened Zachary’s Pleasant Hill in February and celebrated our 30th anniversary in July. In 2019, one year after celebrating our 35th anniversary, we opened our 5th location on Grand Avenue in the Grand Lake neighborhood of Oakland! Two years later in 2021, Zachary’s San Ramon officially relocated to Downtown Pleasanton.

We have now won over 225 Best Pizza awards. We are honored, proud and humbled by all of the support. 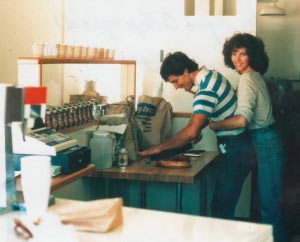 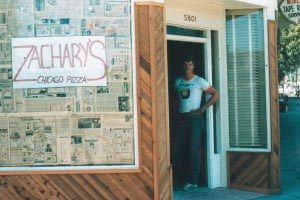 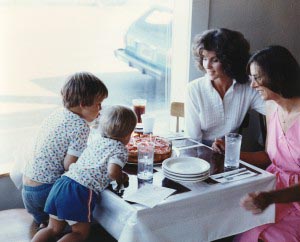