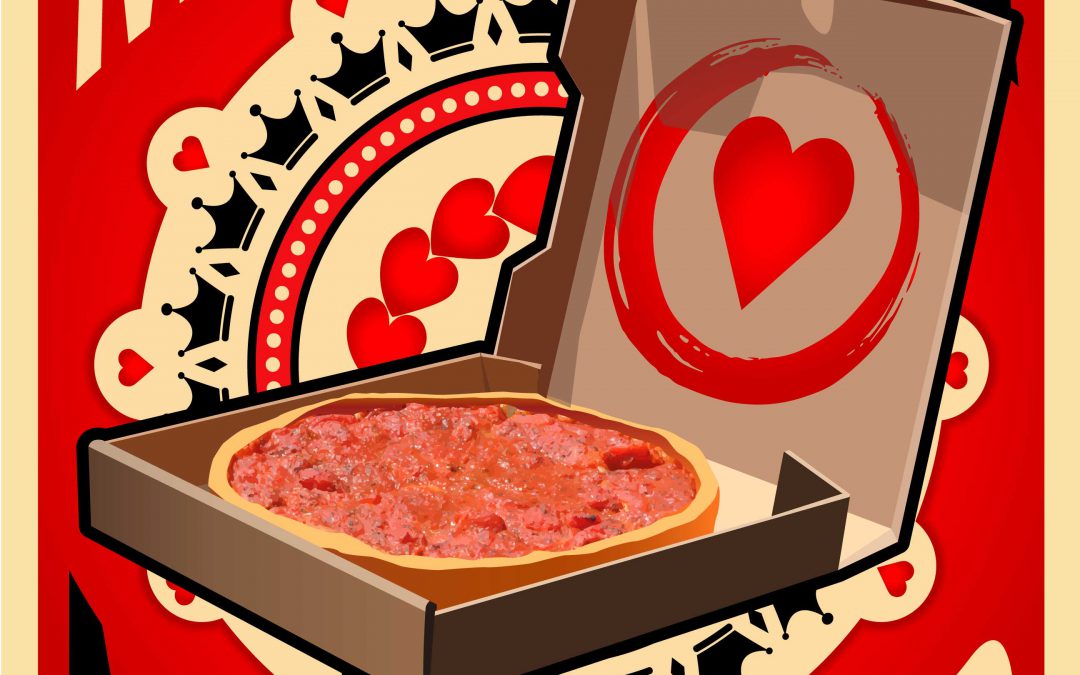 Berkeley-born and raised designer Ian Ransley loves Zachary’s Pizza!! Who in Berkeley doesn’t? But Ian has found a way to graphically express his admiration for the famous deep-dish, Chicago-style pies — not once, but a dozen times.

Ian grew up in the Thousand Oaks neighborhood (near the Solano Zachary’s). His mom still lives in the neighborhood house he grew up. Ian did spend some time away from his beloved Berkeley getting a design degree from UC Davis. In the years since he has designed for Chevron, HP, Cisco and of course, Zachary’s! For the past decade Ian has designed the stadium graphics for the Super Bowl, Fiesta Bowl and currently for the NHL Winter Classic in Foxboro.
Even though Ian has designed the stadium graphics for the Pittsburgh Steelers and the Denver Broncos he is known as the guy who won the Zachary’s Pizza poster contest. Ian is a single Dad with two Zachary’s-loving boys, Dylan and Fabien.

You can check out all of Ian’s work at http://www.berkeleygraphicdesign.com

SOLD in our 2018 Art Sale and Fundraiser!