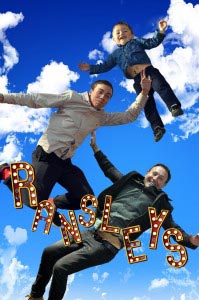 Ian Ransley is a single father of two Zachary’s-loving boys. Ian is a Berkeley native and a professional graphic designer. He splits his time designing Zachary’s posters and designing for professional sports teams and events including the NHL Winter Classic and the NFL Super Bowl among many other events. He is a dual-citizen of the U.S. And Great Britain. Growing up in a British home he never had pizza so Ian can’t get enough of it now. Ian annoys his two sons using them time and again in many of his art projects. You can check out some of Ian’s work (and more of Zachary’s posters) at www.berkeleygraphicdesign.com.