May ended on a high note with not one but TWO employee-owner anniversary celebrations!

Adriana celebrated her 15th Anniversary on May 25th! Originally hired in 2007 for our San Ramon kitchen crew, Adriana made the move with us last year to Pleasanton when we relocated from San Ramon! Adriana has been crucial is helping train and develop our newer crew members. We value Adriana’s hard work, effort, and expertise all around, but especially in her ability to guide and teach others ❤️

Employee-Owner Robert celebrated his 10th Anniversary on May 29th! We first welcomed Robert to our Rockridge and North Berkeley dining room crew in 2012. In 20109, Robert joined our leadership team as an assistant manager and now divides his time between Rockridge, North Berkeley, and Grand Lake! We appreciate Robert for lots of reasons, his high level of dedication and effortless blend of professionalism and personality in his role are just a few of them 🤗

Congratulations to both Adriana and Robert and a HUGE THANK YOU for all you do for Zachary’s. Our love and appreciation is unmeasurable ❤️🍕❤️ 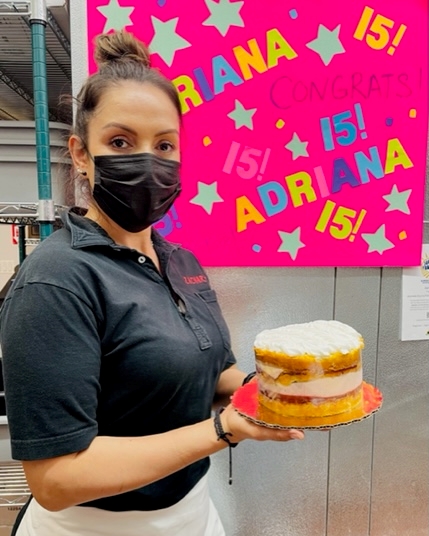 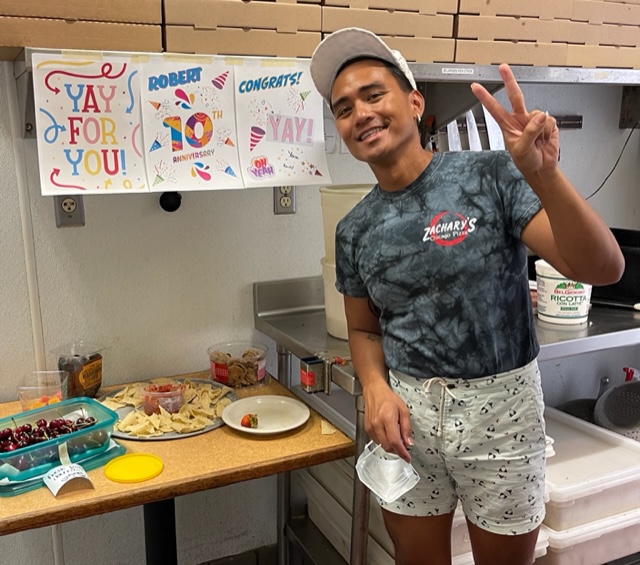