The walls of our restaurants are filled with one-of-a-kind Zachary’s Pizza Art. We held our first art contest in the late 1980′s and the tradition has continued every couple of years since. We love our art and the artists. We are excited to be able to use our blog as a medium for our community to get to know our artists better. Meet Ryan Pera! 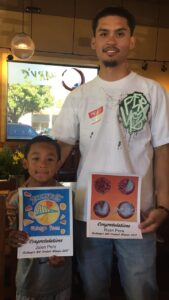 My name is Ryan Pera and I was born and raised here in the Bay Area. I can say that I have been making art since a very young age, because that’s all that I remember doing growing up. I can honestly say that my first real toy was a pencil and the fat stack of white paper that my dad would bring home from work. Since my dad was an artist, I was always watching him either paint or draw. With time and practice, I got better. I was never a left-brained type of guy. No matter what it was that I did in life, I knew it had to be in the arts.

Today, I am finishing up my last year at California College of the Arts/CCA to get my bachelor’s degree in Illustration. To be able to create art through imagery, on a flat surface, and have someone asking questions and commenting on it, is what I live for. I love making art that can translate to the viewer even if it is as simple as this piece. 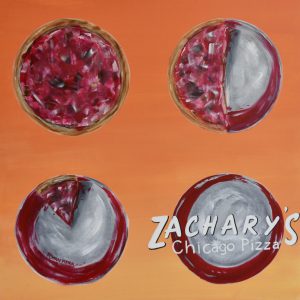 It’s cool to know that I was able to enter a contest against someone I knew personally. Being much younger than I am, my nephew, Jalen, who is eight years old, was excited throughout the whole process of this contest. He focused more on sketching on pieces of napkin and paper at the restaurant rather than finishing his pizza.

For illustrations, making small thumbnail sketches is a quick and effective way to test out ideas for images, as well as ideas for the composition of the final piece, all of which my nephew was doing without me prompting him. He stayed up until 2 AM to work on the poster. He woke up early and continued to work until he got it done. I originally wanted him to enter the competition, because he was so excited. I didn’t care to enter with the little bit of time I had. With less than eight hours until the deadline, I decided to give it a shot, paint something and submit. 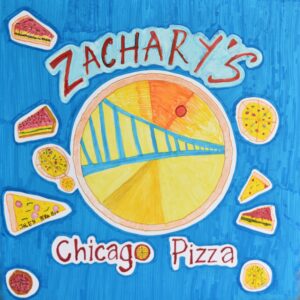 To know that he (Jalen) was proud to enter his first art contest and get a feel for it was one thing, but to know how he felt when finding out he was a winner was another. It was most rewarding to know that I have a piece hanging next to my nephew’s piece in the same exact restaurant location in Pleasant Hill along with other great artists of all ages. Thank you Zachary’s!