In our almost 37 years in the Bay we’ve had the joy of bringing people together and, on very special occasions, seeing love blossom within our walls.  This week we are sharing a story each day leading up to Valentine’s of employees (past and present) who came looking for a job, but found love as well 💕

Our first story is of Kaitlin and Neaj. Kaitlin and Neaj met at Zachary’s in March 2015 when Neaj joined the Zachary’s crew. Kaitlin was the one who made the first move by asking Neaj if he could give her guitar lessons. Once they began playing music together, their connection was sealed and they’ve been together ever since, still playing music together today! Besides a mutual love of music, they also enjoy travelling and exploring new places; so much so, they are taking scuba diving lessons so they can explore the ocean together! Thank you for sharing your story Kaitlin and Neaj, and here’s to many more adventures in your future! But don’t forget to refuel after with the pizza that brought you together 😉 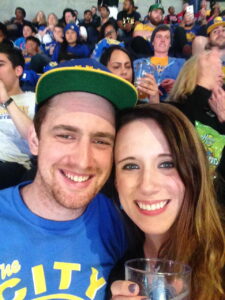 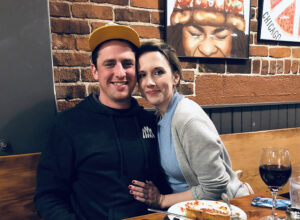 Kaitlin and Neaj now! Having dinner at our Grand Avenue location.

Our next couple found love in their appreciation of the great outdoors. Abby and Brittney were both hired in 2013, Abby in Pleasant Hill and Brittney in Oakland. They met when Abby transferred to our Oakland location that same year and quickly became friends, but kept it at that for a couple of years. When they took a weekend camping trip together and didn’t want to leave each other’s side once they returned, they knew it was more than friendship in their hearts. In 2017, they set off on a new adventure, leaving Zachary’s and moving to Oregon together. Still big lover’s of nature, they continue to go on camping trips accompanied by their adorable pupper Joey (aka, best girl ever!), making the adorable couple an even more adorable trio! ❤ 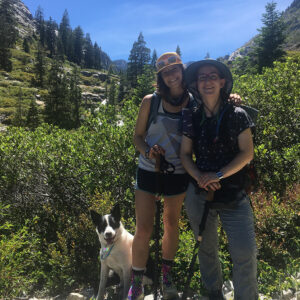 Abby & Brittney in Oregon on a camping trip with Joey! 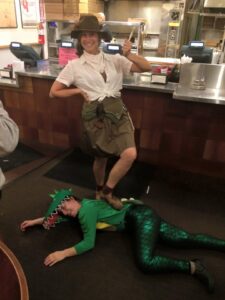 Wednesday, 2/12/20: Middle of the weeks are tough, so we’re sharing two stories today!

Luke and Melissa met during the summer of 2015 at our San Ramon location. However, they didn’t start dating until 2018, preferring to keep things professional as co-workers. When Melissa decided to move on from Zachary’s to pursue a career in insurance, Luke saw his opportunity and made his move! They went on their first date on February 21st 2018, exactly one week after Valentine’s Day! They knew it was something special pretty quickly and moved in together at the beginning of 2019, along with their kitty Turtle, who Melissa appropriately spoils rotten. Most excitingly, Luke and Melissa just got engaged on December 21st, 2019! Cheers to your love and a future full of kittens and pizza 😉 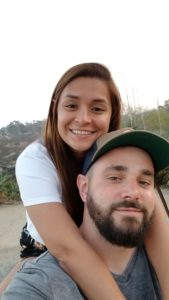 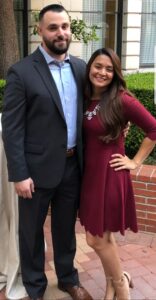 Julia and Mateo met at our College Avenue location during the summer of 2012. There were many polite greetings near the time clock as they waited to punch in for work, but they never took it past that. Until! They tore it up on the dance floor together at our annual holiday party that same year! Mutually appreciative of each other’s moves, they’ve been together ever since. Mateo has been a Zachary’s fan since before birth, when his mother used to come in for slices while she was pregnant with him. It only seems right with that type of history, he would meet and fall in love with his future wife at Zachary’s.  Mateo and Julia got married on December 27th, 2019 in San Antonio Texas (Julia’s hometown). Pizza brought them together, but the joy of dance was the key that opened their hearts to each other. Here’s to your continued happiness Julia and Mateo- and to many pizza party anniversaries in your future! ❤ 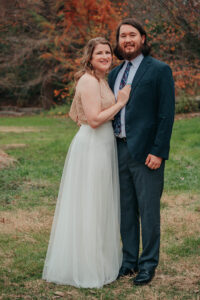 Joel and Julia met in 2004 at our College Avenue location when Julia was hired.  Joel (a seasoned server by then) thought she was cute, even though she wasn’t the best server 😉 Julia also thought Joel was cute (despite his critic of her server skills), but they remained just friends. That is, until Julia left in 2005 for a full time job in Bolinas. As per Zachary’s tradition, Julia had a last night celebration on her final shift at Zachary’s (shout out to McNally’s). Joel knew he wanted to stay in touch with Julia. Before he left for the night, he asked how they were going to do just that.  Julia told him to call her before she moved in two weeks. Joel, of course, did and they went on their first date. That was all it took. Despite Joel living in Oakland and Julia living in Bolinas, their connection was strong and they made sure to see each other frequently.  Joel and Julia were married on October 6th, 2012 at the Brazilian Room in Berkeley, surrounded by their friends and family (including their Z family!). Joel had the ring for 6 months before he finally proposed at Carmel By The Sea on Valentine’s Day. Four years later, Julia went into labor on Valentine’s Day 2016, and two days after that they met their wonderful son Aron! Needless to say, Valentine’s Day holds a lot of extra special memories for these two. Thanks for sharing your story with us Joel and Julia, and wishing you a very special Valentine’s Day 💕 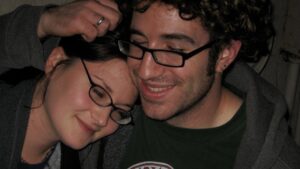 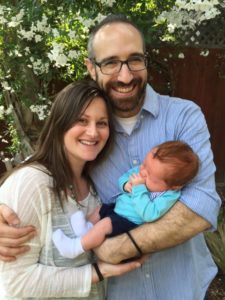 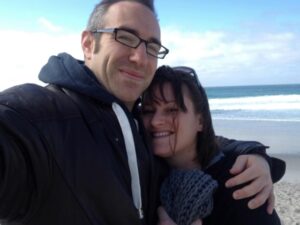 Brian and Linda met in 1995 when then manager Frankie Pisciotta hired Linda for our Oakland and Berkeley locations. Brian gives a special thank you to Frankie for that 😉 These two wasted no time and it took only a few short months before they went on their first date. Both being fans of the outdoors and hiking, one of their early dates was appropriately the Inspiration Point trail in Tilden Park. While the views were lovely, it proved to be the view of each other that caught their eyes and hearts. They knew right away they wanted to be together- always.  Shortly after they began dating, Brian and Linda moved in together for what they dubbed their “Summer of Love” in 1996. They were married the following year in 1997 and welcomed their two sons, Liam and Casey, a few years later.  Twenty three years after they first met at Zachary’s, their youngest son Casey was hired to work in our kitchen! Talk about a Zachary’s family! Brian and Linda are still lovers of hiking, as well as traveling and working out together. Their oldest son Liam is currently a sophomore in college and Casey is gearing up to start college in the fall! There was no denying their love from the moment they met, but that’s how it goes when a love is this meant to be. Happy Valentine’s Day Brian and Linda, we’re so thankful to have played a part in your love story! And come by for some pizza soon 😉 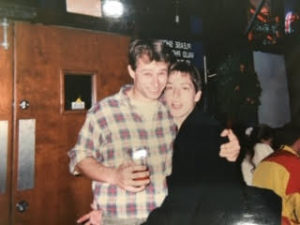 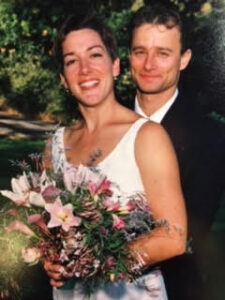 Brian and Linda at their wedding! 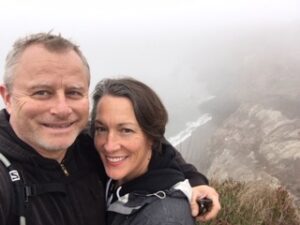